There will be 2 team rooms for practice, one for each team. As there will be no practice time in the playing area between each stage, the players who will come to the table can practice in their own team room.

According to the last edition of 2018 UMB Ranking 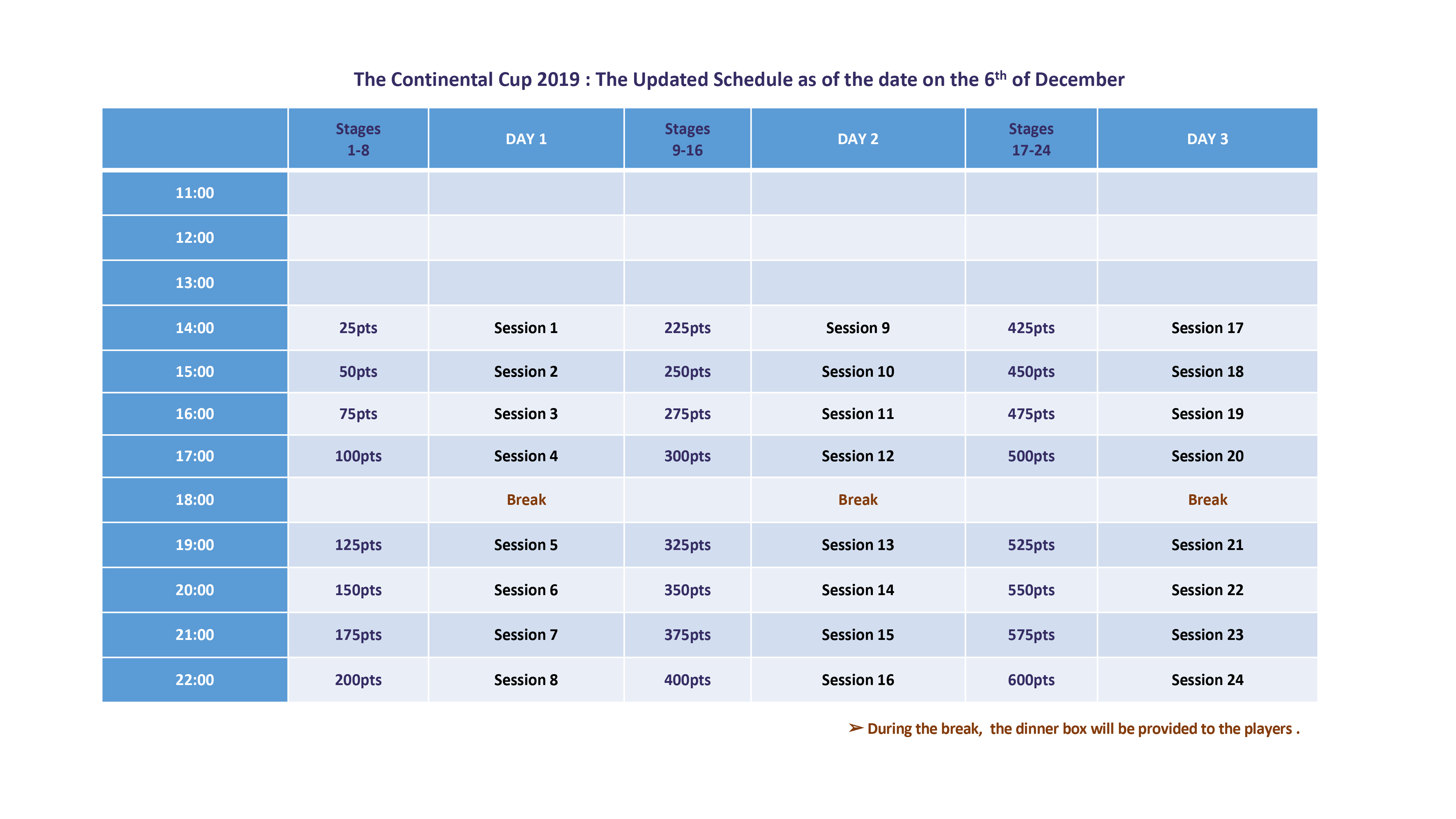 3-Day race game: the team who scores 600 points wins the competition = 24 stages of 25 points. Each single point scores 1 point for the team.

The player from the leading team will continue playing the position left by his team mate. There is no practice between stages in the playing area. Player scan manage themselves their practice in their team room.